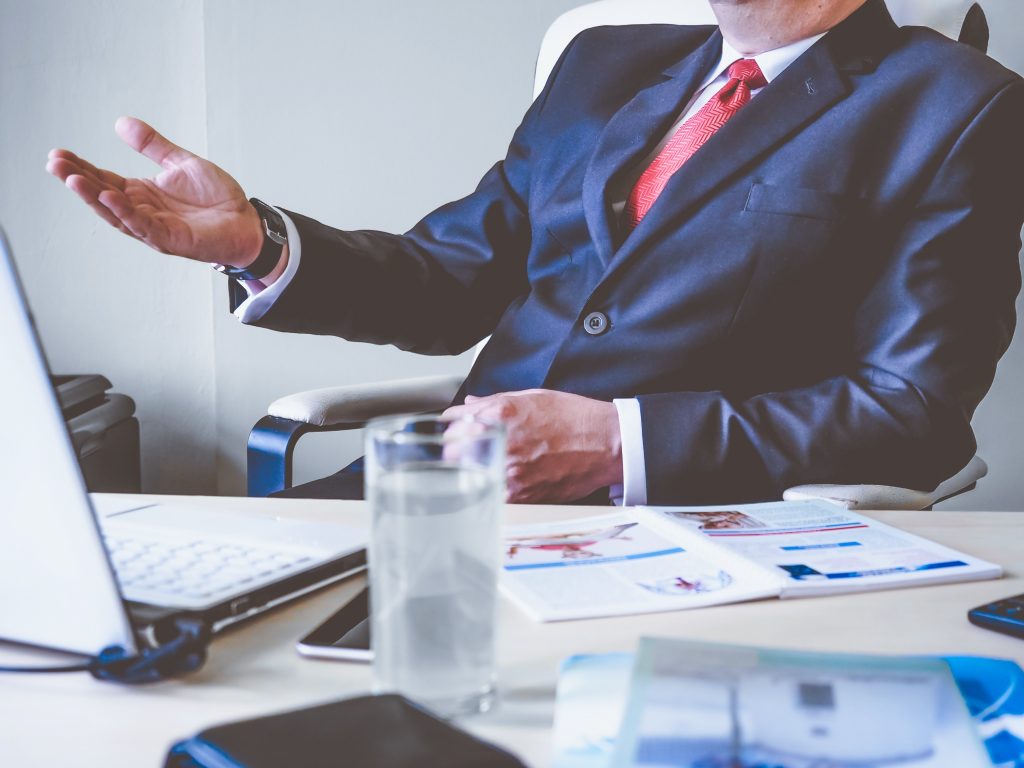 Specifically, what does executive leadership require? Executive leadership builds on the traits and behaviors that you needed when you walked in on your shiny new first day: good decision making, results orientation, leadership talent, and people skills. However, with each rung on the leadership ladder, the manifestation of those traits and behaviors becomes more complicated. Being an officer of the company, especially a member of the C-suite, creates demands that don’t exist prominently at other levels. For example, you can expect these:

Prior to stepping into an executive role, the advice you might have followed may have been, “Show up. Keep up. Shut up.” While extremely good advice for a golf caddy, one third of this is extraordinarily bad advice for an executive. Now you need to know how to speak up. You need to better understand those forces that will propel you further into the arena of success and those that will jeopardize your journey.

However, no universally accepted definition of leadership, much less executive leadership, actually exists. Here’s what I know after studying leadership for more than thirty years. If you were to put thought leaders from psychology, sociology, history, business, and the military in one room and asked them to come up with a definition of leadership they could all support, they’d never ever agree on a definition. So, how do we begin an exploration of this? I’d like you to consider the perspective of several people whose opinion I trust.

David McCullough, the noted historian, has written numerous accounts of successful and controversial leaders. In an interview with Harvard Business Review, he gave some of his own opinions about leadership, observing that the struggles, visions, and ideals of our nation’s founders can serve as a constant source of inspiration. His work underscores his belief that even in the darkest times optimism, hard work, and strength of character endure. But he also encourages leaders to develop a healthy respect for luck, chance, the hand of God—whatever you choose to call it—because it stands as a real force in human affairs. For example, Washington might have been killed early in the war; he might have gotten sick; he might have been captured; he might have given up. Washington was lucky, but besides having luck on his side, he knew how to take advantage of lucky moments because he possessed good judgment.

Leaders need to develop a healthy respect for luck, chance, the hand of God—whatever you choose to call it—because it stands as a real force in human affairs. Click To Tweet

History shows how the demands of leadership change from one era to another. Yesterday’s leaders experienced different challenges than today’s leaders do – but they had no more of an idea of how things would turn out than you do. Some historians who have studied the American Revolutionary War think a miracle caused things to turn out as they did. Had the wind in New York City come from a different direction on August 29, 1776, Washington’s night escape might not have been possible – but fortuitous conditions and stellar leadership determined the outcome.

Lady Luck will play a role in your success too. You won’t have control of how economic and political leaders throw the dice; forces of nature will work in your favor – or not; other circumstances will overcome your plans – or they won’t. As much as most successful leaders love control, fortune may or may not smile on you. Certainly, the harder you work, the luckier you tend to be, but learning to accept those things you can’t control and to concentrate only on the things you can will serve as the foundation of executive leadership. 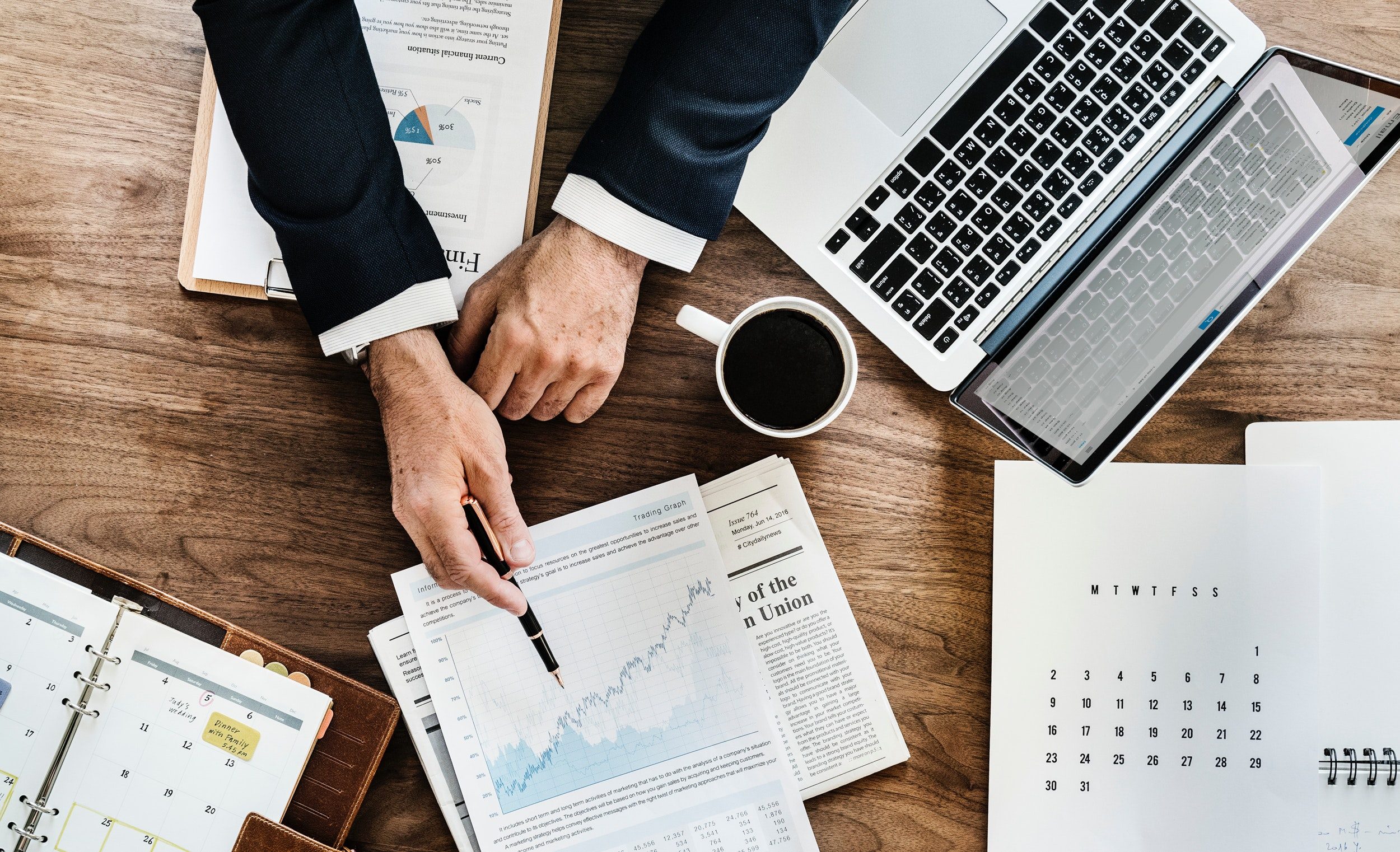 No one understands the importance of concentrating on things one can control better than a general leading a war. Colin Powell, Former Secretary of State and Chairman of the Joint Chiefs of Staff, honed his leadership skills in Washington, but he developed them during his distinguished military career. During his leadership journey, General Powell learned that “Great leaders know that asking the right questions unearths problems and yields tremendous understanding about their customers, employees and operations.” In an article in Success he further offers these leadership lessons:

Another former Chairman of the Joint Chiefs, General Richard Myers, shared with me his perceptions of what he thinks it takes to be an outstanding leader and echoed some of General Powell’s opinions. General Myers noted the importance of agility of thought and an unwillingness to get tied to dogma. Like General Powell, General Myers understands the critical role of listening and probing for understanding. General Myers, however, more directly stressed the importance of getting along with others and the significance of selfless service. Neither general stressed technical expertise or the so-called “hard skills” of leadership. Rather, each emphasized the role of self-awareness and people skills, elements of what Goleman called emotional intelligence.

In 1995, Daniel Goleman swept to the first place on the bestseller list with his work on emotional intelligence. Goleman found that while the qualities traditionally associated with leadership, such as intelligence, toughness, determination, and vision are required for success, they don’t offer a complete picture of what leadership requires. Goleman found direct ties between emotional intelligence—which he defined as self-awareness, self-regulation, motivation, empathy, and social skill—and business results. Commonsense suggests, the two former Chairmen of the Joint Chiefs imply, and Goleman’s research confirms that without emotional intelligence, people can have the best training, analytical mind, and an endless supply of great ideas – but they still won’t make great leaders.

Without emotional intelligence, people can have the best training, analytical mind, and an endless supply of great ideas - but they still won’t make great leaders. Click To Tweet

Complicated and complex, the recipe for leadership greatness differs according to the person you ask. Some, like Goleman, assert that leaders can learn emotional intelligence and the requisite behaviors that support it. Others, like the trait theorists, argue that leaders are born, not made. Some cite characteristics like intelligence; others contend nebulous talents such as charisma separate those who can from those who cannot lead. Whatever your opinion, one thing seems certain: executives need a new way to understand the elements of leadership they can control. They need to understand how their leadership style may be contributing to or detracting from their leadership effectiveness.

Dr. Linda Henman helps CEOs and Boards of Directors set strategies, mergers and acquisitions, plan succession, and develop talent. She can be reached at linda@henmanperformancegroup.com or 636-537-3774.

Dr. Henman was amazing! She was one of the best keynote speakers that the Alliance for Workplace Excellence has ever had. Very funny, engaging, and attention keeping.

Your insight, perspective and advice was very much appreciated and really helped me to step back and look at myself.  Although the concepts that you teach (and are presented in your books) are very valuable, your ability to encourage me to step back and view myself and my situation objectively carried just as much value.

Your work with my senior group exceeded my expectations. I’ve never seen anything like it. We are now going gangbusters, and the team is really working together. Fantastic job.

In the first 90 days Linda helped us grow our in-patient population by 30% and our out patient services by 200%. In some areas we virtually eliminated turnover. The improvement in our leadership has had immediate and impressive results.

I fully endorse Dr. Linda Henman. She is one of the best of the best…

Hiring and retaining outstanding talent is my most important responsibility. Including Linda in the process has improved the quality of our hiring decisions and the effectiveness of our talent development.

Through Landing in the Executive Chair, The Magnetic Boss, and most importantly for me, personal coaching, Linda D. Henman Ph.D. has shown me how to take my leadership skills to the next level and beyond.

For Email Marketing you can trust